Many Saints of Newark
Young Anthony Soprano is growing up in one of the most tumultuous eras in Newark's history, becoming a man just as rival gangsters begin to rise and challenge the all-powerful DiMeo crime family's hold over the increasingly race-torn city. Caught up in the changing times is the uncle he idolizes, Dickie Moltisanti, who struggles to manage both his professional and personal responsibilities, and whose influence over his nephew will help make the impressionable teenager into the all-powerful mob boss later known as Tony Soprano. (Midwest tapes)

No Time to Die
Bond has left active service and is enjoying a tranquil life in Jamaica. His peace is short-lived when his old friend Felix Leiter from the CIA turns up asking for help. The mission to rescue a kidnapped scientist turns out to be far more treacherous than expected, leading Bond onto the trail of a mysterious villain armed with dangerous new technology. (Midwest Tape)

The Last Duel
King Charles VI declares that knight Jean de Carrouges must settle his dispute with his squire by challenging him to a duel. (midwest tapes)

Dear Evan Hansen
The breathtaking, generation-defining Broadway phenomenon becomes a soaring cinematic event as Tony, Grammy, and Emmy Award winner Ben Platt reprises his role as an anxious, isolated high schooler aching for understanding and belonging amid the chaos and cruelty of the social-media age. Directed by acclaimed filmmaker Stephen Chbosky, the film is written for the screen by the show's Tony winner Steven Levenson with music and lyrics by the show's Oscar, Grammy, and Tony-winning songwriting team of Benj Pasek and Justin Paul. (Midwest tapes)

The Jungle Cruise
Come along on a rollicking thrill-ride down the Amazon with wisecracking skipper Frank Wolff and intrepid researcher Dr. Lily Houghton. Lily travels from London, England to the Amazon jungle and enlists Frank's questionable services to guide her downriver on La Quila, his ramshackle-but-charming boat. Lily is determined to uncover an ancient tree with unparalleled healing abilities, possessing the power to change the future of medicine. Thrust on this epic quest together, the unlikely duo encounters innumerable dangers and supernatural forces, all lurking in the deceptive beauty of the lush rainforest. But as the secrets of the lost tree unfold, the stakes reach even higher for Lily and Frank, and their fate and mankind's hangs in the balance. (Midwest Tapes)

Black Widow
Natasha Romanoff confronts the darker parts of her ledger when a dangerous conspiracy with ties to her past arises. (IMDB) 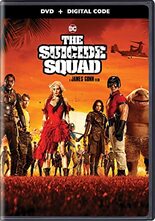 The Suicide Squad
Supervillains Harley Quinn, Bloodsport, Peacemaker and a collection of nutty cons at Belle Reve prison join the super-secret, super-shady Task Force X as they are dropped off at the remote, enemy-infused island of Corto Maltese. (IMDB)

The Boss Baby Family Business
Now adults, Theodore Templeton and his estranged brother take a magical formula that transforms them into babies for 48 hours. Together, they must now go under cover to prevent an evil genius from turning fellow toddlers intro monstrous brats. (Midwest Tapes)

F9 The Fast Saga
Dom Toretto is leading a quiet life off the grid with Letty and his son, little Brian, but they know that danger always lurks just over their peaceful horizon. This time, that threat will force Dom to confront the sins of his past if he's going to save those he loves most. His crew joins together to stop a world-shattering plot led by the most skilled assassin and high-performance driver they've ever encountered: a man who also happens to be Dom's forsaken brother, Jakob. Includes both the theatrical and director's cut of the film. (Midwest Tapes)

Free Guy
​A bank teller, who discovers he is actually a background player in an open-world video game, decides to become the hero of his own story, one he rewrites himself. Now in a world where there are no limits, he is determined to be the guy who saves his world his way, before it is too late. (midwest tapes)

Conjuring 3
A chilling story of terror, murder, and unknown evil that shocked even experienced, real-life paranormal investigators. One of the most sensational cases from their files, it starts with a fight for the soul of a young boy, then takes them beyond anything they'd ever seen before, to mark the first time in US history that a murder suspect would claim demonic possession as a defense. (midwest tape)

In the Heights
The scent of a cafecito caliente hangs in the air just outside the 181st Street subway stop. The likeable, magnetic bodega owner Usnavi saves every penny from his daily grind as he hopes for, imagines, and sings about a better life. (midwest tapes)

Hitman's Wife's Bodyguard
Bodyguard Michael Bryce (Ryan Reynolds), hitman Darius Kincaid (Samuel L. Jackson) and his wife Sonia (Salma Hayek) are back as the mismatched, high-octane trio -- that are once again forced together into another life-threatening mission to save Europe from a vengeful and powerful zealot (Antonio Banderas). (amazon.com)

Finding You
Finley, a talented aspiring violinist, meets Beckett, a famous young movie star, on the way to her college semester abroad program in a small coastal village in Ireland. An unexpected romance emerges as the heartthrob Beckett leads the uptight Finley on an adventurous reawakening, and she emboldens him to take charge of his future, until the pressures of his stardom get in the way. (amazon.com)

Queen Bee
While her house undergoes repairs, a fiercly independent widow stays at the nearby retirement community and realizes it's like high school all over again. (amazon.com)

The Spongebob Movie: Sponge on the Run

Wrath of a Man

Land​
A bereaved woman seeks out a new life, off the grid in Wyoming. (Midwesttapes) 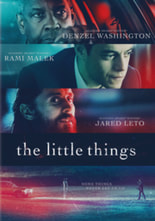 The Little Things
Kern County Deputy Sheriff Joe ‘Deke’ Deacon is sent to Los Angeles for what should have been a quick evidence-gathering assignment. Instead, he becomes embroiled in the search for a killer who is terrorizing the city. Leading the hunt, L.A. Sheriff Department Sergeant Jim Baxter, impressed with Deke’s cop instincts, unofficially engages his help. But as they track the killer, Baxter is unaware that the investigation is dredging up echoes of Deke’s past, uncovering disturbing secrets that could threaten more than his case. (Midwesttapes)

The Marksman
Jim is a former Marine who lives a solitary life as a rancher along the Arizona-Mexican border. But his peaceful existence soon comes crashing down when he tries to protect a boy on the run from members of a vicious cartel. (Midwesttapes)

The Mauritanian
The true story of Slahi’s fight for freedom after being detained and imprisoned without charge by the US government for years. Alone and afraid, Slahi finds allies in defense attorney Nancy Hollander and her associate Teri Duncan, who battle the US government in a fight for justice that tests their commitment to the law and their client at every turn. Their controversial advocacy, along with evidence uncovered by a formidable military prosecutor, Lt. Colonel Stuart Couch, uncovers shocking truths and ultimately proves that the human spirit cannot be locked up. (Midwesttape) 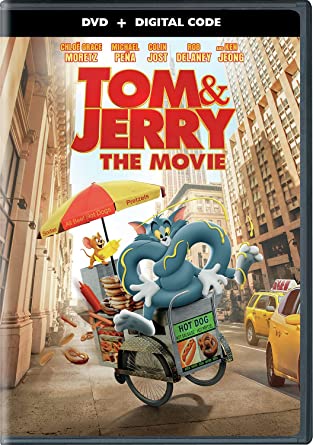 Tom and Jerry the Movie
A beloved rivalry is reignited when Jerry moves into NY city's finest hotel on the eve of "the wedding of the century" forcing the event's desperate planner to hire Tom to get rid of him. 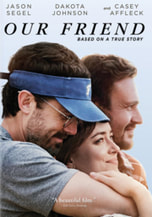 Our Friend
The inspiring and extraordinary true story of the Teague family: journalist Matt, his vibrant wife Nicole and their two young daughters, and how their lives are upended by Nicole’s heartbreaking diagnosis of terminal cancer. As Matt’s responsibilities as caretaker and parent become increasingly overwhelming, the couple’s best friend Dane Faucheux offers to come and help out. As Dane puts his life on hold to stay with his friends, the impact of this life-altering decision proves greater and more profound than anyone could have imagined. (Midwesttapes)

Capone
Al "Fonzo" Capone is a ruthless businessman and bootlegger who once ruled Chicago with an iron fist. In an effort to retain his fortune, he hides away millions of dollars in a place that only he knows and everyone else is dying to uncover. In this harrowing and true untold story of his life. Capone will stop at nothing to protect himself, his family and his money. (Midwest tape)

Fatale
A married man is tricked into a murder scheme by a female police detective. (Midwest tape)​

News of the World
Five years after the Civil War, Captain Kidd moves from town to town as a storyteller. In Texas, he crosses paths with Johanna, a ten-year-old taken in by the Kiowa people six years earlier. She is being returned to her biological aunt and uncle against her will. Kidd agrees to deliver the child where the law says she belongs. As they travel hundreds of miles, the two will face tremendous challenges of both human and natural forces as they search for a place that either can call home. (Midwest tape)​

Pinocchio
Old woodcarver Geppetto's puppet creation, Pinocchio, magically comes to life with dreams of becoming a real boy. Easily led astray, Pinocchio tumbles from one misadventure to another as he is tricked, kidnapped and chased by bandits.(Midwest tape)​
Soul
Joe Gardner is a middle school band teacher who gets the chance of a lifetime to play at the best jazz club in town. A misstep takes him from New York City to The Great Before, a fantastical place where new souls get their personalities before going to Earth. Determined to return to his life, Joe teams up with a precocious soul, 22, who has never understood the appeal of the human life. As Joe tries to show 22 what’s great about life, he may discover the answers to the most important questions.(Midwest tape)​
​

I Still Believe
The true life story of Christian music megastar Jeremy Camp and his remarkable journey of love and loss that proves there is always hope in the midst of tragedy, and that faith tested is the only faith worth sharing. (Midwest Tapes)

Little Women
Writer-director Greta Gerwig has crafted a film that draws on both the classic novel and the writings of Louisa May Alcott and unfolds as the author’s alter ego, Jo March, reflects back and forth on her fictional life. In Gerwig’s take, the beloved story of the March sisters, four young women each determined to live life on her own terms, is both timeless and timely. French audio description available. (Midwest tapes)

Made in Italy
A heartwarming father-son story set in glorious Tuscany about bohemian London artist Robert, who returns to Italy with his estranged son Jack to make a quick sale of the house they inherited from his late wife. Neither expects to find the once beautiful villa in such a state of disrepair. Renovations go badly, with father and son soon finding themselves at odds. Robert's comical lack of DIY experience leads him to seek help from some colorful locals. (Midwest tapes)

The Secret Dare to Dream
Miranda Wells is a hard-working young widow struggling to raise three children on her own. A powerful storm brings a devastating challenge and a mysterious man, Bray Johnson, into her life. In just a few short days, Bray’s presence reignites the family’s spirit, but he also carries a secret, and it’s a secret that could change everything. (Midwest Tapes)

The War with Grandpa
Sixth grader Peter is pretty much the average kid. He likes gaming, hanging with his friends, and his beloved pair of Air Jordans. But when his recently widowed grandfather moves in with Peter’s family, the boy is forced to give up his most prized possession of all: his bedroom. Unwilling to let such an injustice stand, Peter devises a series of increasingly elaborate pranks to drive out the interloper, but Grandpa Ed won’t go without a fight. (Midwest tapes)

You Should Have Left
When a wealthy family vacations in a remote house in England, the husband/father experiences weird hallucinations and abnormal reality as a menacing spirit seems intent on making him pay for his past sins. (Midwest Tapes)